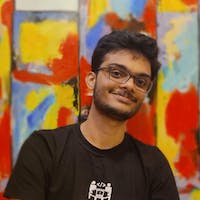 Subscribe to my newsletter and never miss my upcoming articles

Have you ever consciously thought which hand do you brush with? No, right. It is the HABIT, you've formed over time, subconsciously making the decision for you. Habits are powerful and sensitive, they drive your life in the majority. Regardless of whether you are willing to acknowledge it or not.

In this series, I'll mention the key takeaways from the books📚 I read. The intention behind this is to impart knowledge behind the book in short bytes of content. Read-on-the-go content. Let's get going. 🏁

💡I've tried to keep it simple by creating my own set of notes. But some of the text mentioned here is directly from the source (the book).

There are four major takeaways from this book. Let's go through one at a time.

Support groups and belief increases the chance of changing habits. Adversities and experiences usually throw you back into the old habits.

Exercises from the Novel - What have I learned?😎

If you have reached so far reading, and like what you've read. Spread the love ❤️ , react👍 , and comment💬!

Until next time! Good day and Cheers 😎